The new ACEINNA OPENRTK330L is the only solution on the market to integrate a triple-band RTK/GNSS receiver and a triple-redundant inertial sensor enhancing the safety of Autonomous Systems.

ACEINNA today announced they have greatly reduced the cost for developers creating mission critical guidance and navigation systems for autonomous vehicles -  robots, drones, industrial, construction, and agricultural machinery. This new ACEINNA OPENRTK330L can replace the expensive and bulky precision RTK/INS systems used in today’s autonomous systems. Available in quantity for about $150 each as compared to $10,000-plus systems currently utilized to generate the same result. 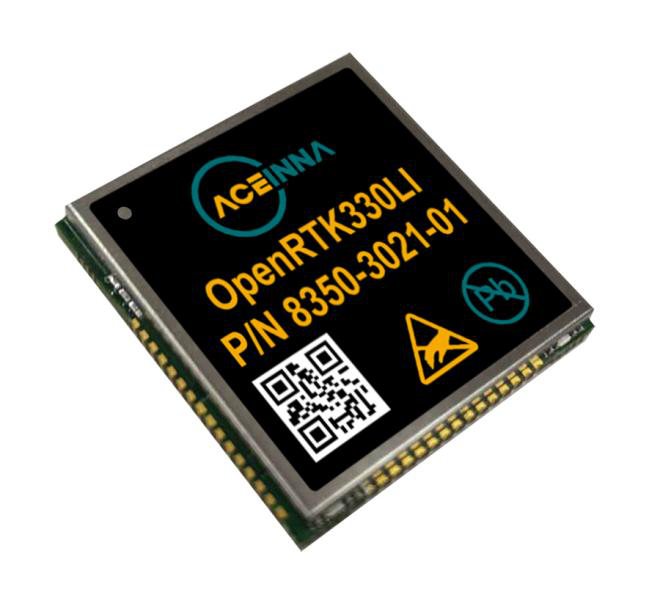 “Remarkably accurate, compact, reliable and cost-effective, this GNSS/INS solution is the holy grail product that will enable the development, manufacturing and 24/7 operation of autonomous vehicles that are not only safe, but can accurately guide themselves from location to location, ” said Dr. Yang Zhao, CEO of ACEINNA.  “The OPENRTK Precise Positioning Engine optimizes satellite tracking and high RTK fixes rates while integrating seamlessly with ACEINNA's open-source, developer-friendly Open Navigation Platform.”

In addition, the new ACEINNA OPENRTK330L is the only solution on the market to integrate a triple-band RTK/GNSS receiver and a triple-redundant inertial sensor enhancing the safety of Autonomous Systems.

“In January 2020, the ACEINNA test vehicle drove from the Bay Area to the CES 2020 event in Las Vegas using this new module. Along the way, the ACEINNA engineers tracked its path and accuracy. When later compared to the recorded location data generated by the $10,000 “industry gold standard” system in the trunk of the car, the results were close to identical,” explained Michael Murray, Executive VP at ACEINNA. “This means that is finally possible for developers to create autonomous devices and vehicles at an affordable price point!”

The multi-band GNSS receiver can monitor all global constellations (GPS, GLONASS, BeiDou, Galileo, QZSS, NAVIC, SBAS) and simultaneously track up to 80 channels.  The module has RF and baseband support for the L1, L2, and L5 GPS bands and their international constellation signal equivalents.  By integrating a triple-redundant IMU array, the OPENRTK330L is able to recognize and utilize only valid sensor data, ensuring high-accuracy protection limits and certifiability under ISO26262 standards. ACEINNA's unique triple redundant 6-Axis IMU array uses a total of 9 accelerometer and 9 rate gyro channels. 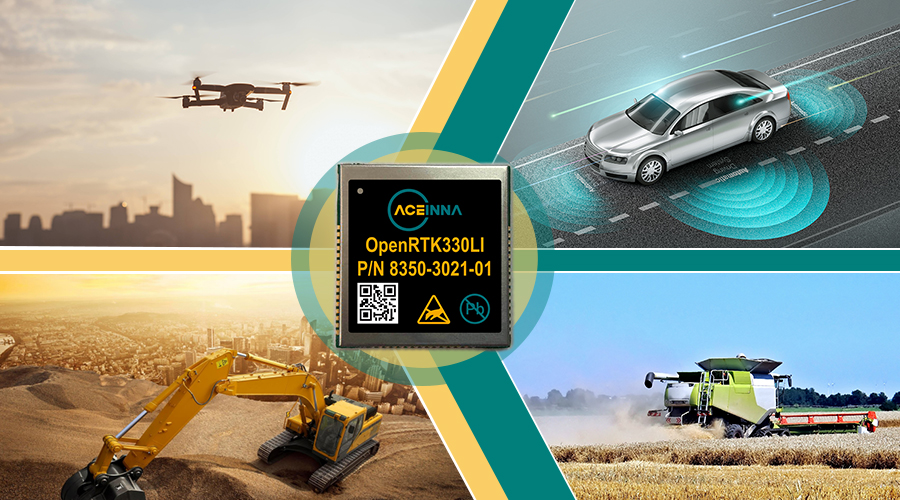 Much more detailed information about the OPENRTK330L can be found at https://www.aceinna.com/inertial-systems/OpenRTK330.